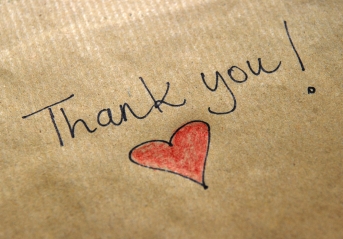 A Facebook memory from 2015 popped up for me the other day, and made me remember a story that offers a bit more understanding of why I have been sharing so openly on this blog thingie, and maybe even pointed me to whatever freaky path I find myself on now. It was a long post I had written recalling a particular ambulance call, but I’m not going to cut ‘n’ paste it here since it rambles a bit and I was trying too hard to make it all poetic and profound. I was probably drunk and feeling sorry for myself. I used to do that a lot.

It was a low priority call (an Alpha in TEMS lingo) for a dead guy. Normally dead guys get a more urgent response, but the information given to 911 suggested he’d been there for awhile so there was no rushing required. He’d passed quietly in his sleep, in a one bedroom apartment on an upper floor of a ten-story highrise, and because it was autumn, I believe, cool but not yet cold, the odour was not overpowering as it might’ve been in summer and it was a maybe a few days before the landlord let himself in to check. My partner was attending, so he began the paper work as we waited for the police. The place itself was tidy, but not clean. He didn’t dust, or vacuum much apparently, and the bedding looked as if he hadn’t done his laundry very often either. There were no dirty dishes stacked anywhere, though there were some empty bottles of whiskey on the kitchen counter.

I’d gotten into the habit on slow calls like this to look around a bit. Slightly voyeuristic maybe, but I liked seeing the art and photographs people displayed in their homes for the same reason I’d look at abandoned buildings and wonder what lives had passed through them before they’d been left like that. On nightshifts, as we would drive through the city when I was in the passenger seat, I’d look at lit windows not hoping to see someone coming out of the shower but to ponder what thoughts would be going through the person on the other side of the glass. Happy? Sad? Why? In this small apartment, he had put a small desk against the wall near the kitchen, and on it was a beat-up old portable typewriter with a sheet of paper still around the roller. Next to that was a stack of paper already filled.

I read what he’d written on the top sheet in the stack, then on the sheet still in the typewriter. It was fiction, and though I didn’t dig deeper in order not to disturb anything, what I had read was pretty good; A little deep, very socially conscious, maybe a bit flowery but we all do that in our first drafts. I was struck by the melancholy thought that this was probably the last thing he had said to the world before climbing into bed and that I was probably the only person who would ever read it.

Fast-forward a few years and I’m sitting in my little one bedroom apartment, empty bottles of rum on the kitchen counter, dishes done, and a five-year-old laptop on a small desk near the kitchen at which I’d been struggling to begin writing again. Of course I thought of him, and the irony. I also thought quite a bit on the simple fact that anything I did write, because it was on a laptop and a couple thumbdrives as backup, would probably never be read by anyone like the last thoughts of that man had been read by a nosy paramedic seeing to him after his death.

It has taken me a very long time and a lot of difficult struggle to begin moving forward on a more positive, healthy road, and I certainly haven’t done it on my own. Either through inspiration or direct help there has been a handful of good folk that I am grateful to, and although it was probably not his intention, that man (I can’t remember his name, so I’m going to call him Joe) was one of them. They say if you can only make a beneficial difference in one life, then you’ve left a lasting legacy worthy of your time here.

One thought on “Thank You, Joe”