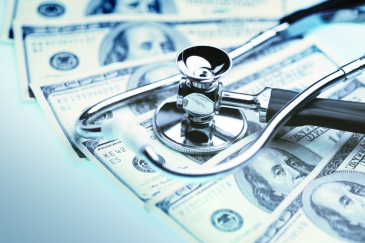 A recent post I did that you should read because it’s pretty good (I Can Take It, Doc) mentioned in passing how some people with questionable credentials put up a shingle and claim they can cure PTSD, and how, though some of what they do can be helpful in the management of the effects, you should still steer clear of them. Since then, I’ve received some tweets from someone just like this.

The question I asked in the tweet I sent with the link to this post was, “Can PTSD be cured?” and this is what he sent in response (though I’m pretty sure he never clicked the link):

Yes it can. The body knows how.

What does that mean??

To be frank (or sue, I don’t judge), I have no idea and I didn’t dig terribly deep to find out, though I did respond with a very simple, “I beg to differ” that resulted in a mild exchange afterwards. At one point he actually appeared to agree with me, which suggested that his use of the word cure was different than mine. Was he promoting it this way to build his coaching business? I can’t say, and I won’t speculate. The claim that the body knows how, though, really made me cringe. I took a gander at his website and read his credentials. He’d been a volunteer firefighter and EMT in a few communities, and was certified in something called tension and trauma releasing exercises, and had “decades in manufacturing and construction”.

I feel the need to make this short disclaimer: I am not a scholarly person, in that I don’t normally cite peer-reviewed articles from academic journals or quote the findings of scientific studies. This doesn’t mean I’m not aware of them, or that I don’t read them. It certainly doesn’t mean I dismiss them. Though this collection of rambling monologues is my own attempt to explore the notions in my head, most of these come from considered thought and a firm confidence in the scientific method, higher education in properly accredited places of learning, and the general abilities of reasonable people to know wheat from chaff. I accept that there are many folks much smarter than I am who have gone before to do the really hard work. I am not a therapist, life coach, counsellor, or doctor. The only certifications I have are as a paramedic and sailing instructor, and even then my CPR ticket is way out of date.

In that blog post, I also mentioned a woman who is a strong advocate for the rights of injured veterans (and more power to her for that, she works very hard and does good things). She had pointed me to a local therapist once who, after looking at his listed, very limited, credentials, I thought was a bit suss. Because she’d suggested him, I made an appointment anyway. Something in her demeanour after I had, however, tweaked my brain, so I asked this guy if he had told her I’d made that appointment, and he admitted that yes, he had.

There’s an argument to be made that sharing simple appointment information is not a horrible breach of ethics, but this woman was not his colleague. She was not a member of the team partnering with me on my path to better health or even a professional in any field that could possibly be misconstrued as such. For all intents and purposes, she was nothing more than a pedestrian bystander, a mutual friend, and to do this suggested a lack of discretion that possibly ran deeper than a date on a desk calendar. I cancelled the appointment.

There are many people out there without initials after their names who do wonderful things, and sometimes in ways that others may consider a bit dodgy. It’s up to you to make that decision for yourself, and it is certainly not my place to criticise anything that anyone else finds comfort, strength, or a stronger sense of well-being from. I talk a lot about different types of tools and different therapeutic techniques I’ve found helpful, but ultimately we are each individually responsible for our own care, and what works for some may not work for others.

Still, there are those who make claims they simply can’t make good on, from an honest belief in what they do or a way to take your money, I can’t say.

A few things to keep in mind moving forward:

It’s interesting to note that in the early part of the twentieth century, a common treatment for cocaine or alcohol addiction was the use of IV heroin. Things are always changing, and new tools are always being developed while others are being debunked and abandoned. The onus is ours to be prudent consumers, to advocate for ourselves as much as we can without losing sight of the contribution of others we trust, and to be our very own educated healthcare professionals.

One thought on “Being The Astute Patient”