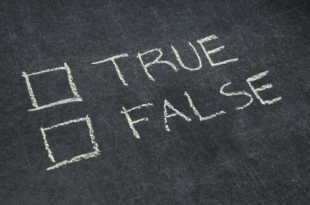 For awhile I stepped away from this blog because I’d been focusing my efforts on a short story (that has now become a novella as it becomes much too long for a short story and has still only just entered the second act). But I have missed it here. There have been many things I’d wanted to write about, thoughts I’d wanted to share, and it was a weird sort of serendipity that found me opening up the software this morning and beginning this draft.

Yesterday I stumbled on a blog post by a woman who, at first, I believe had wonderful intentions in her advocacy efforts for those of us with post-traumatic stress disorder, but moved fairly quickly into right-wing political propaganda and rage against the machine (and often particular individuals, of which I’ve been one), all carefully hidden by a large vocab and what many might see as a quirky, whimsical style. All very well. She has her audience and more power to her. I don’t write reviews.

The focus of this particular blog entry had been about life after PTSD, suggesting the injury and the disorder that follows, is gone, that it’s not incurable (something she states explicitly in the final paragraph despite contradicting herself earlier in the post), and then spending an inordinate amount of time calling out other mental health advocates for something she calls, “the babble of the broken.” It’s not hard to figure out who in particular she’s referring to if you know her and who she knows, but yeah, I don’t write reviews.

At any rate, this morning I watched a short and very moving video shared by a friend, of a man who had survived an impulsive leap from the Golden Gate Bridge. In it, he talks candidly about his mental health issues and diagnoses, his symptoms, and specifically the instant regret he felt once his hands left the railing. I may link to it at the bottom so you can watch it for yourself, but I won’t describe it in any more detail than to say that he also talks very specifically about the long road to recovery afterwards; that the symptoms, the disorders, are still there but that he’s learned to beat them and built a strong network of support.

After watching this video, I revisited that blog post. I recalled a friendly point/counterpoint discussion I’d had with a friend about whether we can be cured in which he had said that he didn’t like any paradigm that suggested he’d always be broken. That made perfect sense to me and I was unable to argue against it.

I don’t like the word “broken.” Let’s call it changed, instead. Different than the person you were in the past. What Kevin, the man in that video, suggests is something I have believed for a very long time to be true: That there is no cure for being changed by trauma, to whatever degree, and that what we need to do is lose that belief to adopt one that is more focused on managing the more severely life-inhibiting effects and building a strong and healthy set of tools to use both in the moment, and over the long term.

Of course, there is life after PTSD, and that it can involve recovery. But to suggest that it can be cured, totally removed from your noggin like cutting out a benign tumour, is at best ignorant and at worst dangerous, even debilitating when Amber the Amygdala crawls out of her shadows after you thought you were free of her. That some can learn to manage very easily (and appear completely cured) while others cannot is not in question, and that early intervention and support can be exceptionally beneficial is a statistical fact.

I found that blog post offensive in its open criticism of those like me who struggle with the worst that post-traumatic stress disorder dumps on us, and its suggestion that we perpetuate our own misery when there really is a cure, if we only wanted it.

I Jumped Off The Golden Gate Bridge

2 thoughts on “Life After PTSD?”