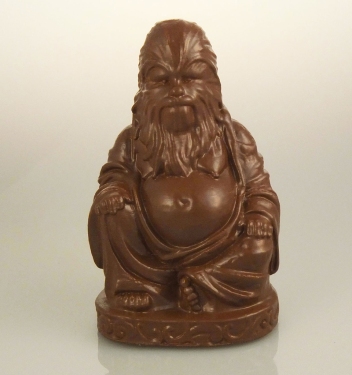 There is a website I’ve been aware of for a couple of years, one I’ve used more than a few times and often on my HDTV while sitting cross-legged on the floor. It’s calm.com. You can load it up (wait until you’ve finished reading this, though) and instead of a front page with a wall of text and confusing sub-menus, immediately be presented with soothing music and a very pleasant, calming, full-screen looping video. There is a menu to change the scene, or the music, or adjust options to let them change on their own, but I’ve never used them. It’s different each time, too. Without realising it, I was using mindfulness.

When I first heard the term, I dismissed it out of hand because it sounded like a form of self-directed meditation, which I know some find useful but something I’ve usually equated to aligning your chakras or adjusting your energies. Crystals, essential oils, homoeopathic herbal teas are all things I have dismissed the same way. I often say that I would never criticise anything anyone takes comfort and strength from, but me, me need more sciency words and stuff.

Hokey religions and ancient weapons are no match for a good blaster at your side, kid.

Without knowing what it was, though, I had been using it to one degree or another and I suspect you have as well. Mindfulness is simply, according to Wikipedia, “the psychological process of bringing one’s attention to the internal and external experiences occurring in the present moment.” Be in the now. Still sounds a bit trite, and if you look deeper into the history of its practise still more metaphysics than horse sense. In the magical, non-linear, lateral thinking neural network inside our heads, however, we can find method to its madness. It’s not my intention to provide a detailed exploration of its roots in Buddhist or other secular techniques, though. Rather, as I did in CBT: A Primer, I want to offer my personal take on it and a few examples of how I make practical use of it.

I have not done a lot of research for this except to pull the above quote from that ever trustworthy repository of all human knowledge, Wikipedia. I have not taken any of the varied courses or engaged in facilitated therapy sessions using it. What I did do, was try to understand what it is at its most basic, then apply that as best I could and adapt it for my own particular needs. In that, I satisfied my need to wrap my skeptic’s brain around it. When that happened, I realised I’d been using it for years to one extent or another only now it had a name and some validation other than that which I’d always given it myself.

A great example of this is something I did with patients in my ambulance who were experiencing severe anxiety, either on its own or secondary to something else going on at the time. I would tell them to listen to my words, to make a very concerted conscious effort to hear them and to look at my face. I remember saying that if they didn’t want to stare into my eyes they could just look at my forehead because it’s really big and hard to miss. That usually got a smile and the loose little thread of attention I needed. There were always those who, for some reason or another, seemed to enjoy the anxiety like a comfy old Munchhausen blanket, but more often than not having them narrow their focus to just me helped a great deal. I called it a neat little trick, but it was mindfulness in practise.

More recently, and on a much more personal level, I’ve used it with cognitive behaviour techniques to help me not drink. I would logically examine the results of getting drunk, recall that I would usually just be bored and not have a great time despite all the effort and wasted money, and then feel horrible (psychologically and physically) the next day. At the same time, I might focus on the tree branches outside my window, examine the patterns they would make in the breeze or watch a squirrel as it skittered across one to another. And I would breathe, like I told my patients, with a concerted and very conscious effort. Cravings only last a short while if we don’t feed them, and this helps me get to the other side without doing that.

Paramedics as a general rule tend towards the technical. It’s what attracts a lot of us to the field, as it was for me. By understanding that mindfulness at its core is an evidence-based, peer-reviewed technique, I was able to use it more effectively than I had before, even though it’s not a fancy sciency word. With it, you can regain control of your mind when it seems to be going off the rails.

Calm.com (not yet, just hold your horses) facilitates being in the now by offering something to narrow your focus on, sounds and visuals that are consistent, relaxing, and easy to soak in. There are apps available for most smartphone platforms, too.

Okay, now: Calm.com. And whatever you do, let the Wookie win.