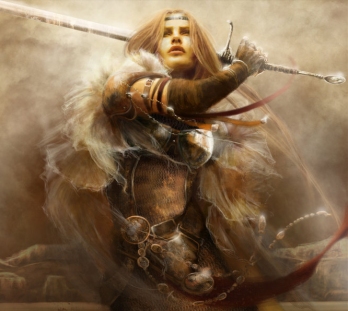 Those that have read most of my often meandering explorations into things more esoteric will know that I refer to my amygdala, the pair of almond shaped bits of the limbic system that regulate emotional response, as my lizard brain. I call her Amy, and use a metaphor describing her hiding in a closet that often creaks open when she comes out to wrap her lizardy arms around me in an attempt at comfort when she thinks I need it. In other blog posts I’ve touched lightly on what inspires her to do that, but today I want to take a closer look at this. They’re often called triggers, which is valid, but I believe a more descriptive term would be threats.

Everyone knows what a trigger is. Just reading the word probably inspires images of a pistol, and the curvy thing you squeeze to actuate a not-so-complicated mechanism that eventually propels a hurty bit out of the roundy end towards whatever it is you’re being all pointy at.

In no way do I want to make light of the very thing that may have caused the initial injury for some of you reading this. In fact, I am being cute specifically for the sake of accessibility, and also because it’s in my nature. Humour can be a very healthy coping tool.

That just describes the bare bones mechanical action of what happens, though, but calling something a trigger does not explain why it is, and we, just as often as those around us, have trouble understanding it. Threats come in all shapes and sizes, I’ve said that before. I’ve also made the distinction between real and perceived threats, but what does that really mean?

Real ones are pretty easy to explain: It’s the CO alarm going off in your kitchen, it’s a rattlesnake twerking, it’s Negan walking towards you with a pleasant smile and a barbed-wire wrapped baseball bat (The Walking Dead reference FTW). This doesn’t mean your house is filling with carbon monoxide, the snake is going to strike, or you’re suddenly Abraham smoking his last cigar, but it is a clear and present danger without ambiguity, and the reason we have an amygdala in the first place. Amy throws open her closet door, leaps in front of us like a Viking shield maiden, and pushes us to do the thing we need to do without any thought on our part. Perceived threats, on the other hand, are much more awkwardly confusing.

One night while my partner was waiting to make a right turn and had eased forward over the crosswalk, a man, annoyed that he had to walk behind the ambulance, kicked the back door. This wasn’t a real threat at all, it was some asshole doing what assholes do and he would’ve just stumbled off down the street muttering under his breath about overpaid pricks who think they own the streets. Stuff like this happened a lot; I think because we were uniformed people in a vehicle with emergency lights, but no weapons or powers of arrest. You hate cops on principle, but you’re not brave enough to kick their cars. I was out the door in a flash, around the truck and screaming with rage at this guy until we’re standing in the middle of Danforth Avenue nose-to-nose and I’m begging him to hit me because, in some bizarre way we justify our actions even as we know they’re wrong, I thought I’d be cleared of any charges if he did it first.

Where was the threat? This one’s easy to pin down because it involves an angry act of minor violence (kicking the ambulance). It’s not a difficult stretch to suggest Amy perceived it as a direct physical threat to me, and reacted. Let’s try one a little tougher, though.

I don’t often check my mailbox for days, or weeks at a time. Classic avoidance behaviour. When I do, I’ve found one of those low, seething anxiety episodes crawling up my back as the closet creaks open in my head. Though the threats in this case are much more insidious and multi-faceted, they’re still perceived and inspire some crazy stupid automatic reaction. There are often overdue bills and collection notices, and my integrity is at risk because I can’t pay my debts, my physical well-being is at risk because my power might be cut-off, my emotional well-being is at risk because my interwebs – a primary source of social interaction and entertainment – is as important to me as food.

All threats, and out comes Amy, my own Lagertha, wiping blood from her lips and drawing her sword (Vikings reference FTW). It’s irrational, it’s disproportionate, but it’s real and the dichotomy of it hurts my brain.

Both recognising and mitigating these things takes time and effort and will. Understanding the nuts and bolts of it is a very good first step.

One thought on “Triggers & Threats”